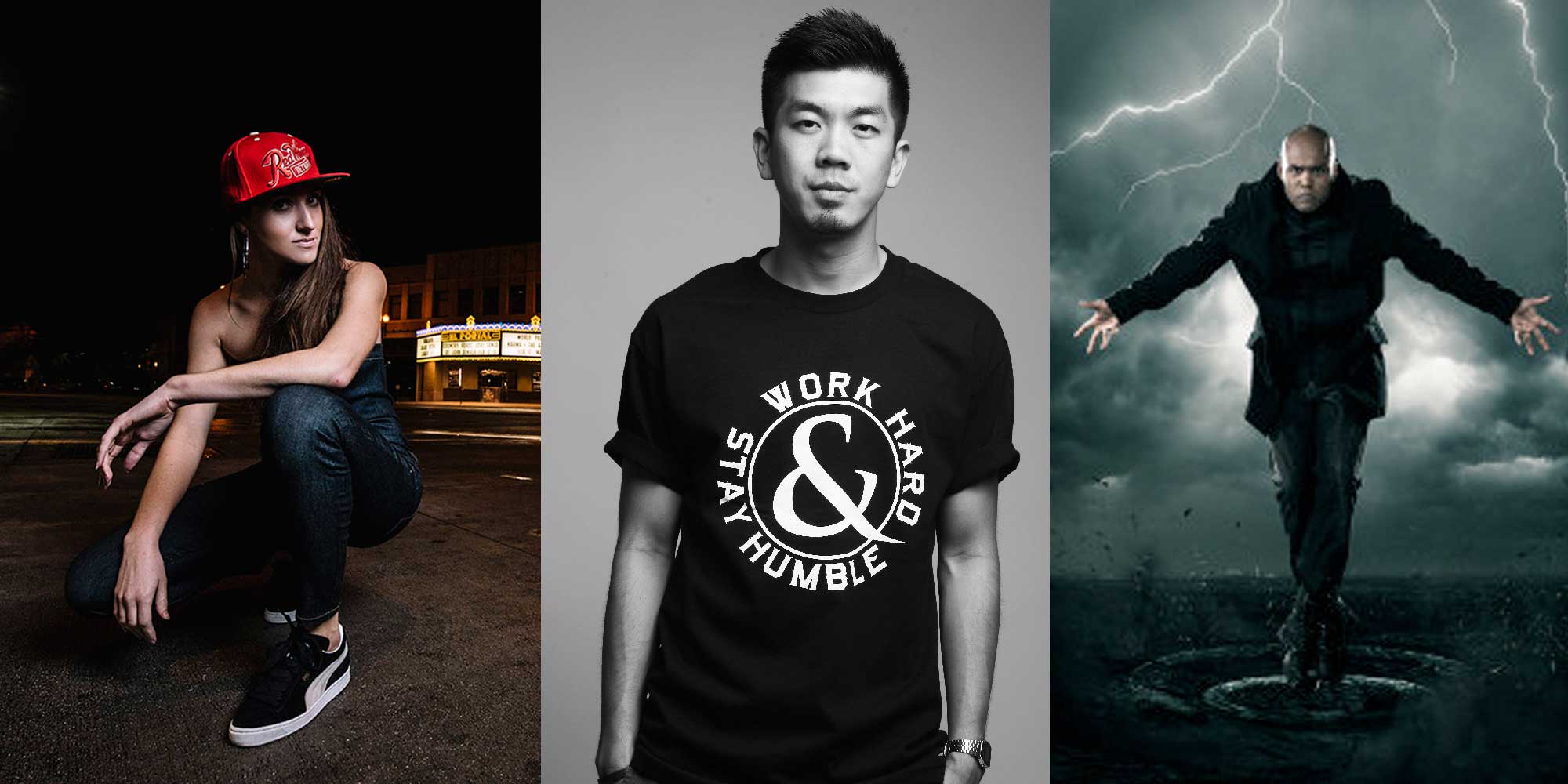 Marie “Poppins” Bonnevay first discovered Hip-Hop at the age of 18, in her home country of France (Montpellier). She learned about the different elements of the culture and started training in Locking, Breaking, House, Waacking, Voguing and Choreography, but found her natural strength to have always been in Popping.

She made it her goal to

move to the United States to learn more about the roots of Hip-Hop and finally got the chance to in college, when she was accepted as an exchange student in Chicago. After her graduation, she moved to Los Angeles where she started training more than ever. Marie started entering competitions and taking them left and right (Hip Hop International Las Vegas 2009, Bboy Summit 2011, Step Ya Game Up New York 2012, Soul Session Norway 2013) She became part of Culture Shock LA, Style Elements Crew, Warriors Crew, Academy of Villains and We Are Heroes for America’s Best Dance Crew 8. Marie also got her MBA Degree in ITESM Mexico.

In the commercial world, Marie has worked with artists such as Justin Bieber, Busta Rhymes, Ne-Yo, Celine Dion, Dj Tiesto, Rita Ora, KRS One, Snoop Dogg, Common, Ludacris. She was also casted in the movie STREETDANCE 2 and has starred in many commercials (Google, Microsoft, Budweiser superbowl, I Robot), and worked with the leading choreographers and directors in the industry. She has also been casted for many theater shows in different countries (Denmark “Carmen”, Sweden “Twisted Feet and Volvo”, Japan “The Battle 2015”, USA “Antics Performance”)

Marie also teaches workshops in other parts of the world and has judged competitions in countries such as Mexico, Brazil, UK, Ireland, Spain, Colombia, Thailand, Russia, etc… Her goal is to spread her knowledge that she learned and developed in Los Angeles. She wants to continue her work in the dance industry but also give back consistently to the community. Marie also wants to stay active battling in international competitions and remain a strong force representing women in Hip Hop.

Originally from Los Angeles, Anthony began his dancing career in college by training in the fundamentals of Bboying and Popping and later auditioned to join his first and only competitive dance crew, CADC. After a couple of years, he became one of the team’s directors which sparked his passion to put together shows, teach his craft, and pass along any knowledge that he’d received from previous generations. After graduating UCI, Anthony joined Culture Shock Los Angeles to be a part of their Poppin’ squad and was fortunate enough to travel both domestically and internationally to teach, speak, and perform. In 2010, he and Mike Song created the Anbu Black Ops, a band of brother ninjas who combined storytelling and comedy with dance which would eventually evolve to what is now known as the Kinjaz. In 2010, he was featured in the LXD’s [League of Extraordinary Dancers] Season 2 & 3, and their recent TV spot on Dancing With The Stars [ABC] and the Nickelodeon Halo Awards.  In 2015 he and select members of his crew also competed on the All-Star season of America’s Best Dance Crew. He now teaches his choreography, made popular by YouTube, around the world and is the co-owner a dance studio in Los Angeles, the Kinjaz Dojo.  www.youtube.com/anflowny

Guest Judge in our 2016 Final Showdown

Steve Bolton is an award winning choreographer who has showcased his work on an international level. He has worked on such projects as So You Think You Can Dance Canada – America’s Best Dance Crew – Michael Jackson the Experience – Gala Artis – The Much Music Video Awards – TheVoice – Step Up 5 All In – Karl Wolf – Make Your Move 3D – Canada’s Got Talent and much more.

He is the owner of the Raise The Bar Dance Conventions and The Canadian Hip Hop Dance Championships. He is the founder of the 8 Count Dance Complex, as well as Blueprint Dance.

Steve formed this dance company with a purpose to choreograph and innovate the art of dance and to train/mentor dancers to reach for new heights in their dancing, careers and dreams. The company is one of its kind, consisting of dancers who are among the top of their field internationally, in dance styles very current to today’s industry. Such dance styles include Hip Hop Dance, Contemporary, Breakdance, Jazz, Waacking, Popping and many more.

Steve’s goal and work ethic in the dance world has always been to innovate and provide perfection and satisfaction in all of his work. Steve strives to create an exceptional combination of originality, creativity, artistry, visual effects, high skill level and innovative imagery.

Having worked all over the world, he now strives to have the opportunity to contribute his work to the Canadian and Quebec performance industry. While constantly striving to stay at the forefront of the dance scene, Steve’s goals remain the same, to always innovate & Raise The Bar in dance.

This site uses Akismet to reduce spam. Learn how your comment data is processed.